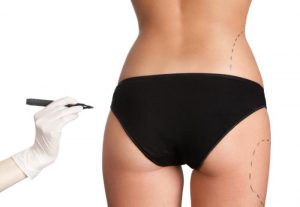 Most commonly, people know that liposuction involves removing fat from certain parts of the body to create a more streamlined shape. But, how does this process actually work? This guide from the Bel Red Center for Aesthetic Surgery will walk you through the basics and everything you need to know about the liposuction process.

Discussing Fat and Where it Comes from

First off, what exactly is fat? It’s essentially tissue made up of cells that store energy and insulate the body. There are essentially two layers of subcutaneous fat: deep and superficial. During the liposuction procedure, the doctor will make a slight incision and insert a hollow, stainless-steel tube into the deep fat layer. Now, working on this layer is much safer than working on the superficial layer because there is less of an injury risk to the skin.

In a normal procedure, Dr. Jan Zemplenyi says, a tube is pushed or pulled through the fat layer. Now, as the cannula moves, it will break up the fat cells and a vacuum pump will remove these broken cells utilizing a suction technique.

Liposuction is most often used for cosmetic purposes to give a much smoother shape to areas like the thighs, buttocks, calves, arms, and abdomen – essentially areas that have not responded to diet and exercise. It can also be used to reduce the size of male “breasts” or even remove fat tumors that people struggle with. Fat can actually be removed from more than one part of the body during a single procedure – which makes liposuction such an effective process. It’s important to remember that liposuction is not a weight-loss technique. Rather, it’s a reshaping technique – it’s important to keep this in mind.