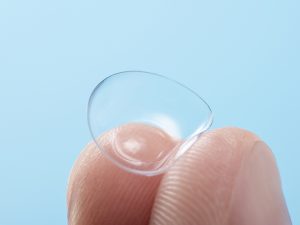 If you have ever heard about LASIK surgery, you might immediately think of a nightmare scenario where you’re lying down staring at a red beam of light that could cause all sorts of damage. Moreover, you might be thinking it’ll be excruciatingly painful.

Now, it’s important to understand that lasers are used during this type of surgery, but it isn’t like the nightmare scenario that you might be thinking about. Even though the actual surgery requires precision, it’s actually safe.

Yes, LASIK surgery involves laser treatment that is directed right at the eyes. While it sounds dangerous, it’s safe due to the progressive technology that is being implemented in today’s machinery. The laser are used because they are extremely precise and strong enough to cut into the eye. However, an anesthetic agent will be used prior to the procedure so you won’t feel a thing.

The Surgeons are Trained and Experienced

The lasers that are commonly used in the surgical procedure are much steadier than a human, where even the smallest movement can turn into a mess, As a matter of fact, if you move your head during the surgery or twitch, the machines are smart enough to shut the lasers off immediately. If there are any sudden movements during the procedure, the machine will pause and resume when you are ready.

On the other hand, if a person was handling the procedure by hand, then it’d be fair to be concerned, especially if you twitch or move quickly during the procedure. With today’s advanced technology, it’s a safe option that is a viable alternative if you choose to change from glasses or contact lenses.